25 Sep Looking Deep into the Heart of the American Experience – An Interview with David Hoppe, author of Readings from Kurt Vonnegut: WordPlay 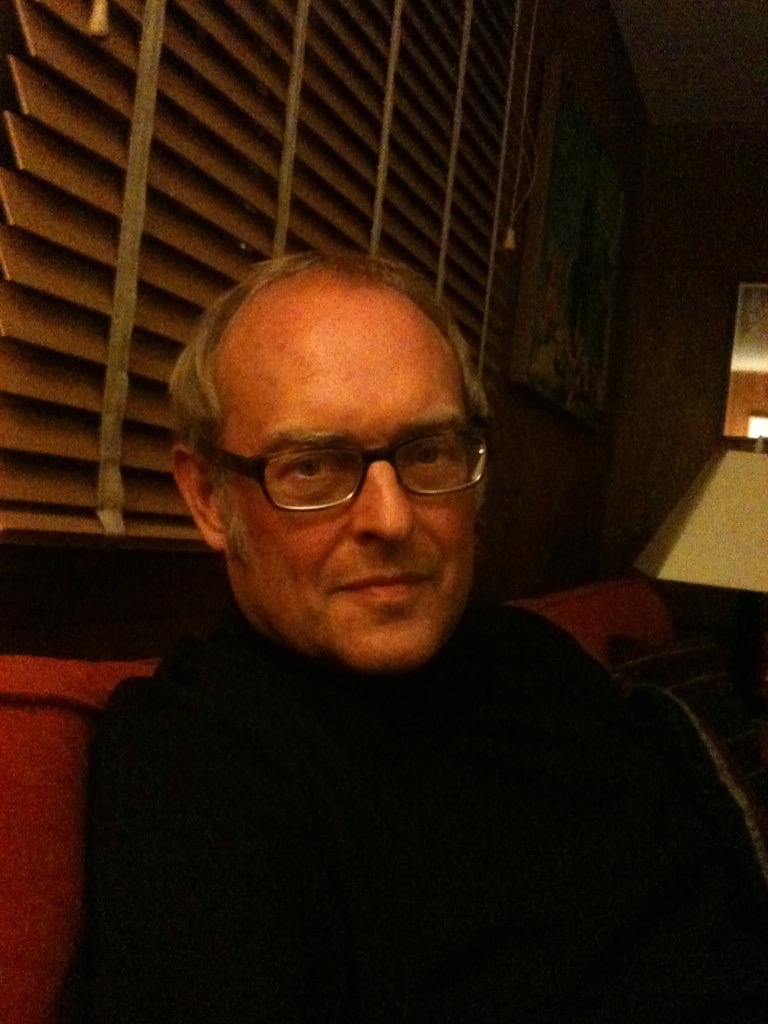 The play’s creator, David Hoppe, shared his thoughts with The Daily Vonnegut.

Q: Tell us about your play, Readings from Kurt Vonnegut: Word Play.

DH: Kurt Vonnegut: WordPlay is a performance piece based almost entirely on Kurt Vonnegut’s prose — his words.  I am not so much the playwright for this work as its assembler.  I drew entirely on Kurt’s nonfiction, with special attention to writing published in Palm Sunday and Man Without A Country. My intentions were multi-layered. First, I wanted to create a piece that would call attention to the role Indianapolis played in Kurt’s creative process. Though Kurt did not write his books in Indianapolis, the city was a wellspring for him throughout his career. The city haunted and inspired him. And his family played a formative part in Indy’s development. I also wanted to create a piece that could be readily performed by both professionals and committed amateurs.  To this end, WordPlay can be performed as reader’s theater. Finally, I wanted to create a vehicle that would put a healthy portion of Kurt’s ideas about his family, Midwestern life, writing, the First Amendment and the creative process front and center, for those not yet familiar with his work, as well as for folks who might like to reconnect with his wisdom and sense of humor in a performative context.

Q: What were some of the challenges in bringing Vonnegut’s work to the stage?

DH:  Kurt Vonnegut’s greatest literary strength is arguably his voice. Few American writers have written sentences as identifiable (and indelible) as he did. This voice is conversational and intimate; it’s like he’s speaking directly to you. So sifting through his prose was like mining for gold nuggets. The challenge, such as it was, lay in deciding what the play would be about. I knew I wanted to mine the material about Indianapolis and Midwestern culture, his growing up and how these memories informed the books. I also decided, early on, that I did not want this piece to be a one-man show or monologue. The play is expressly designed for six performers — three men and three women — in order to amplify the reach and universality of what Kurt had to say. Besides, no actor could play Kurt better than Kurt himself.

Q: Are there any plans for additional performances of WordPlay for those outside of Indianapolis?

DH: As to future performances…After completing the script, I donated it, along with all the rights to the Kurt Vonnegut Museum and Library in Indianapolis. So it is in their hands.  The plan, so far, is to mount a full production in 2022 to coincide with Kurt’s centenary.  Julia Whitehead, the Executive Director there, has put together a terrific team to make this happen and I believe she would like to tour the show if she can find financial support to do so. John Green, former head of Theatre at Butler University and now at Columbia College in Chicago, is slated to direct. Let’s hope there are theaters left by then.

Q: As a playwright, what are your thoughts about Vonnegut’s play Happy Birthday, Wanda June?

DH: Kurt had a deep and abiding love for the theater and performance. So it pains me to admit that, of all his writing, I have the most difficulty with Wanda June. Just haven’t been able to connect with it yet.

Q: How did you first become interested in Vonnegut?  Do you have a favorite novel or one work in particular that captured your attention?

DH: I first read Vonnegut prior to entering college in 1969 — Cat’s Cradle was assigned for freshman orientation (along with Soul On Ice…). Although I was aware of him as being part of the cultural wallpaper, I didn’t read him again until after we met in 1991, as part of Wordstruck, a festival of authors I produced in Indianapolis. We spent three days together, driving in my car, from one engagement to another, and during that time we became friends. We started a correspondence after that and I began making up for lost time with my reading. Kurt’s friendship was unanticipated and spontaneous — an enduring gift. We were in contact with one another until shortly before he died; he called to try out a couple of jokes he planned on delivering at what he said would be his last public address, at Butler University, in 2007.

Unlike most people I know, I think Kurt’s most compelling work is his nonfiction.  Straight, no chaser. The great storytelling is there, but compressed and in unvarnished service to his wealth of ideas. The various collections of essays and occasional pieces, beginning with Wampeters, Foma and Granfalloons, through Man Without a Country, are, I think, masterful. Although he is often overlooked when people talk about “the New Journalism,” he belongs at the top of the list of those who helped reinvent nonfiction storytelling. Check out “There’s a Maniac Loose Out There.”

Q: Three days in a car with Kurt Vonnegut seems like the basis for another play.  Is there any specific memory that stands out from your conversations with him?

DH: There are so many memories from those days. Sitting at the kitchen table with Kurt and his childhood friend Majie Failey (a groundbreaking local journalist and author of a worthwhile memoir, We Never Danced Cheek to Cheek: The Young Kurt Vonnegut in Indianapolis and Beyond), drinking coffee and smoking, remembering high school times, old friends and family. Coming out of a dinner at the Columbia Club in downtown Indy as a horse-drawn cab clip-clopped by; after passing, the cab driver stood backwards on her seat and called out, “Kurt Vonnegut!”  Kurt grinned and said: “I guess they really like me here.”

Q: It’s been over 10 years since Vonnegut’s death but his work seems just as vibrant as ever.  Why do you think his work remains so relevant?

DH: Kurt looked deep into the heart of the American experience.  What he saw there disillusioned him in the best sense: it enabled him to engage with the culture in a clear-eyed way — with unsparing honesty and compassion. He had an ongoing lover’s quarrel with his species.

Q: Where can readers find more of your work?

DH: My new book, a memoir called Midcentury Boy: My Suburban Childhood From Ike to the Beatles, is a meditation on the largely overlooked social experiment that helped create what we’ve come to think of as the American Middle Class — and what John Kennedy called “the New Frontier.”  It’s available from Amazon, where you’ll find a slew of reader reviews that, I’m happy to say, have been terrific.  Readers can also find an extensive selection of my essays at my website, David Hoppe Writer.com.

David Hoppe’s memoir, Midcentury Boy: My Suburban Childhood from Ike to the Beatles is available through Amazon and other booksellers.

Midcentury Body: My Suburban Childhood from Ike to the Beatles